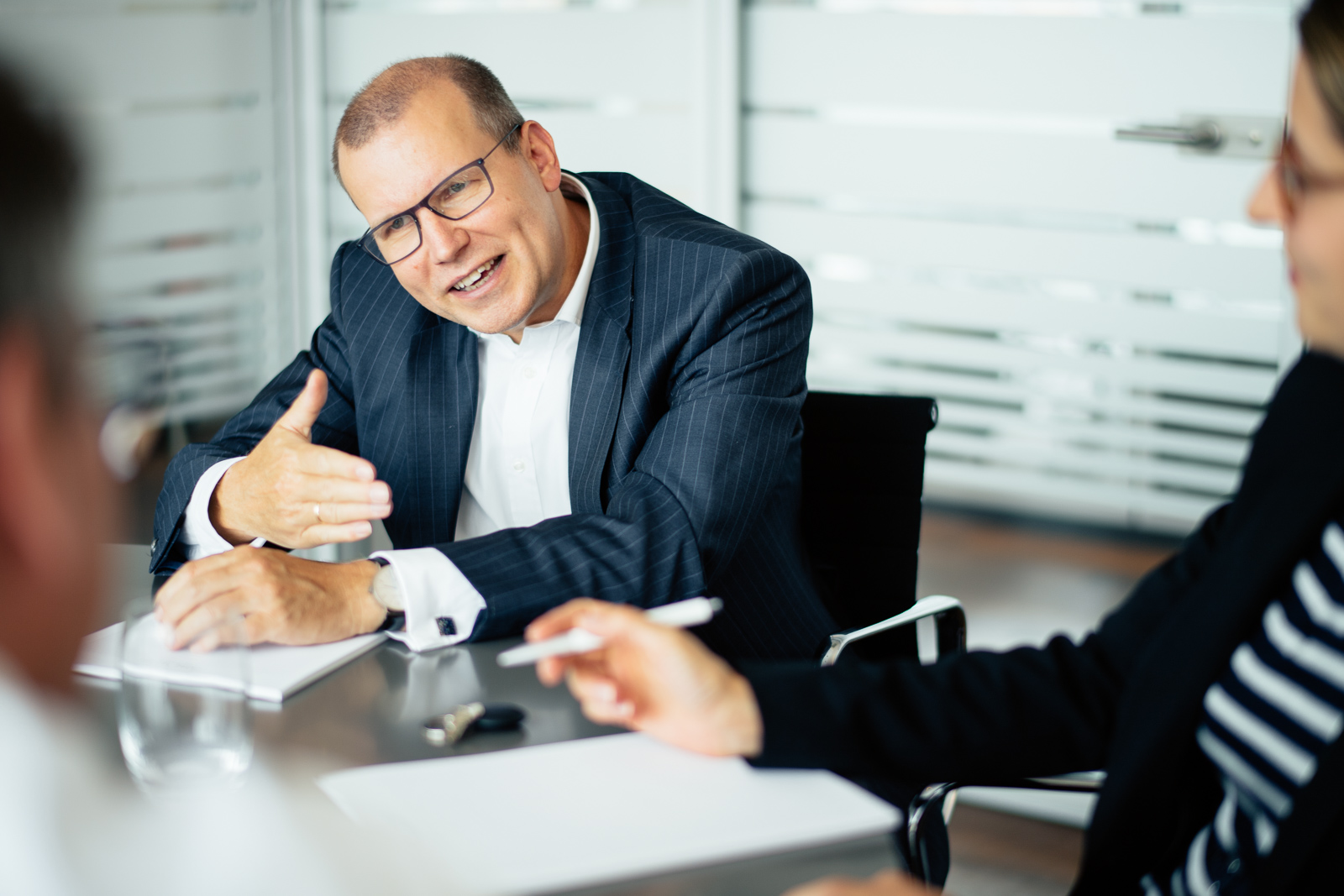 For the third year in a row, Orth Kluth maintains its ranking as TOP TIER LAW FIRM in the category "Regional Law Firms Commercial Law - Düsseldorf" in the independent market study Legal 500 Germany 2021. Furthermore, the law firm is listed in the rankings of the categories labour law, construction law, corporate law as well as contracts, trade & logistics. Numerous Orth Kluth lawyers are recommended.

358 million EUR in fines were imposed by the German Federal Cartel Office (“FCO”) on 19 companies and 24 natural persons in 2020. The amount results primarily from two proceedings: The pesticides cartel, in which Orth Kluth also represents a large group of claimants, and the aluminium forging cartel.

Companies that purchased forged material directly or indirectly from the aforementioned suppliers (including Hirschvogel) between April 2006 and April 2018 could be entitled to cartel damage claims as injured parties. This is because, as a result of the agreement regarding the passing on of costs, you as a customer could have paid an increased price due to the cartel.

Orth Kluth is active in many cartel damages cases (so-called follow-on lawsuits) and will gladly develop a strategy with you as to how your claims can best be pursued.

For the fourth year in a row, Orth Kluth employees packed parcels for children of all ages for the Christmas parcel convoy. The partnership supports the organisation with a donation which distributes the presents to children of all ages in Bulgaria, Moldavia, Romania and the Ukraine.

In addition to further education and training of professional competence, Orth Kluth now also focuses on the training of lawyers in the area of soft skills, which are becoming more and more important in everyday work. Orth Kluth succeeded in winning Axel Zehle, mental coach of Fortuna Düsseldorf (Bundesliga team) and DEG (Düsseldorf Ice Hockey Team), as mentor for this training and workshop series.

We are very pleased that Focus magazine also lists our firm as "Top Commercial Law Firm 2020" in two areas of expertise. The magazine has highlighted the successful work of Orth Kluth for Construction Law and Compliance.

Four partner nominations for the second half of 2020

Even if hardly anyone is thinking about office space and relocation these days, given the restrictions imposed by the Corona crisis and the home office that is used frequently: In Berlin, Orth Kluth Rechtsanwälte will be moving to a completely new and considerably larger location from May 1st. In the "My.B" in the Europacity - centrally located between the government quarter, the main station and the Hamburger Bahnhof - we will find the best solutions for our clients' legal questions.

Business challenge Coronavirus - we support you!

The coronavirus continues to spread and causes economic disruption worldwide. The effects on companies are manifold, all stakeholders of companies are directly or indirectly affected: employees, customers and suppliers, investors, banks, authorities and many more.

Once again in the top ranking: Who's Who Legal Germany recommends Dr. Markus Berndt

In this year's kanzleimonitor 2019/2020, Orth Kluth maintained its successful position and finished 35th in the top 100 evaluation. New are the rankings among the top 20 in recommendations by General Counsel/Heads of Law (Positions/Hierarchy Levels) and 10th in the Offer Range category.

Orth Kluth Of Counsel Prof. Dr. Kristoff Ritlewski was appointed to the Chair of Law at the HTW Berlin on October 1st. He teaches there with a focus on trademark law, competition law, copyright law and antitrust law.

Orth Kluth Of Counsel Prof. Dr. Michael Bohne, member of the expert network of the "Vernetzt Digital" initiative, together with Equity Partner Dr. Philipp Mels, provided information at the kick-off event in Bonn on topics relating to IT law and data protection law.

Orth Kluth has been nominated as "Law Firm of the Year for mid-cap businesses" at the Juve Awards 2019. The final winners of all categories will be announced at the award ceremony at the end of October.

In cooperation with the US publishing house Best Lawyers, the Handelsblatt published the current edition of the ranking "Germany's Best Lawyers 2019".

Orth Kluth increases personnel at its Berlin and Düsseldorf locations

At Orth Kluth, the signs continue to point to growth. Since the beginning of the year, Orth Kluth has increased its team with six highly qualified lawyers in Berlin and Düsseldorf.

Orth Kluth successfully achieves no attribution of the political statement of a politician who is also the chairman of the supervisory board of a company to this company.

Orth Kluth achieved success in a lawsuit on the question of whether the statement of a politician who also holds a position as chairman of a company's supervisory board can be attributed to this company. As a result, the statement of a chairman of the supervisory board cannot in any case be attributed to the company if it is made as a predominantly political statement in the exercise of a political office.

In their current issue, the Who's Who Legal Guides recommend Dr Markus Berndt as a "guarantor for complex commercial criminal cases and proceedings".

The Transdev Group, Germany's largest private operator of rail and bus services, and its subsidiary NordWestBahn are expected to operate the entire S-Bahn Hanover network for twelve and a half years from December 2021.

In this year's kanzleimonitor 2018/2019, Orth Kluth remains on the road to success and is now ranking 34th in the top 100 evaluation, an improvement of 7 places on the previous year: "The best newcomer among the top 40 is Orth Kluth, who makes seven places good and moves up to rank 34 with 48 votes".

Orth Kluth with a new appearance

In recent years Orth Kluth has substantially modernised itself. We have reinforced our staff, broadened our professional range and pushed ahead with digitisation in order to be prepared for the future. This forward-looking determination to change as well as the dynamics that have been set free are now also reflected in our new image, which we would like to present to you now.

Orth Kluth with a new appearance

In recent years Orth Kluth has substantially modernised itself. We have reinforced our staff, broadened our professional range and pushed ahead with digitisation in order to be prepared for the future. This forward-looking determination to change as well as the dynamics that have been set free are now also reflected in our new image, which we would like to present to you now.

Orth Kluth's Practice Group IP, IT, Competition and Data Protection Law has been awarded as one of Germany's top law firm teams in the field of IT law by a 5-member jury at this year's "WiWo Topkanzleien 2018" award by Wirtschaftswoche for the area of IT law in the area of IT law, which includes data protection law in particular.

In addition, Malaika Nolde LL.M. was awarded as one of the top lawyers for IT law.

In its judgment of 20 July 2018 (Case No. I-4 U 93/16), the OLG Düsseldorf determined that the claim against a managing director for compensation of payments made after the insolvency did not constitute a "claim for damages in the sense of insurance law" pursuant to § 64 GmbHG. The consequence of this is that in many D&O policies with standard insurance conditions, the liability of the managing director under § 64 GmbHG is not covered by the insurance cover and there is therefore a considerable coverage gap. The judgment has not yet become final. The Higher Regional Court of Düsseldorf has not admitted the appeal; an appeal for non-admission to the Federal Supreme Court is currently pending.

As last year, Orth Kluth is subject of several mentions and recommendations in the market review JUVE Handbuchs 2017/2018. And again, Orth Kluth is ranked as one of the 50 german top law firms in the national listing. Also, Orth Kluth was awarded „lawfirm of the year for construction law“. We feel very honored.

The list published by the editorial department of the newspaper Handelsblatt is based on the 9th annual edition of the Best-Lawyers-Rating. This rating was elaborated based on a extensive Peer-to-Peer survey, in which lawyers were asked, which lawyer beyond their own lawfirm – which competitor – they would recommend for certain cases.